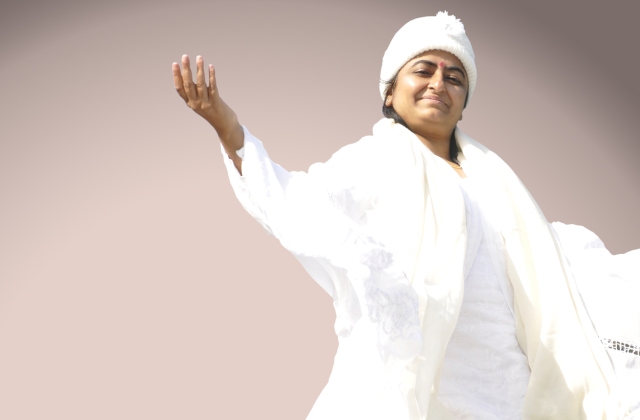 Verily, the mind is unsteady, tumultuous, powerful, obstinate! O Krishna, I consider the mind as difficult to master as the wind!
—The Bhagavad Gita VI:34 (SC)

The state of constant calmness (neutralization of restless thoughts) is attained by the continuous practice of meditation and by keeping the attention fixed at the point between the eyebrows. In this state of calmness, man witnesses the thoughts and emotions and their workings without being disturbed at all, reflecting in his consciousness only the unchangeable image of Spirit. (SC)

That man of action is free from karma who receives with contentment whatever befalls him, who is poised above the dualities, who is devoid of jealousy or envy or enmity, and who looks equally on gain and loss.
—The Bhagavad Gita IV:22 (SC)

Whether a yogi meets gain or loss in the course of performing dutiful actions, he remains evenminded. Both success and failure are bound to come at various times in response to the inherent duality in the structure of the body, mind, and world; the devotee who constantly reminds himself of his soul has little temptation to identify himself with the physical and mental phantasmagoria.  (SC)

He who is free from hatred toward all creatures, is friendly and kind to all, is devoid of the consciousness of “I-ness” and possessiveness; is evenminded in suffering and joy, forgiving, ever contented; a regular yoga practitioner, constantly trying by yoga to know the Self and to unite with Spirit, possessed of firm determination, with mind and discrimination surrendered to Me—he is My devotee, dear to Me.
—The Bhagavad Gita XII:13-14 (SC)

Possessing the evenminded blessedness of Spirit, a yogi is unruffled by material sufferings and pleasures. Finding the joy of the Divine, he is ever contented under all conditions of physical existence. He attends to his meager bodily necessities, but is wholly detached from any sense of my body or my possessions; he considers himself to be serving God in his own body and in the bodies of all who cross his path. (SC)

O Flower among Men (Arjuna)! he who cannot be ruffled by these (contacts of the senses with their objects), who is calm and evenminded during pain and pleasure, he alone is fit to attain everlastingness!
—The Bhagavad Gita II:15 (SC)

The basic principle of creation is duality. If one knows pleasure he must know pain. One who cognises heat must cognise cold also. If creation had manifested only heat or only cold, only sorrow or only pleasure, human beings would not be the irritated victims of the pranks of duality. But then, what would life be like in a monotone existence? Some contrast is necessary; it is man’s response to dualities that causes his trouble. So long as one is slavishly influenced by the dualities, he lives under the domination of the changeful phenomenal world. (SC)

The Blessed Lord said:
Thou hast been lamenting for those not worth thy lamentations! Yet thou dost utter words of lore. The truly wise mourn neither for those who are living nor for those who have passed away.
—The Bhagavad Gita II:11 (SC)

The state of constant calmness (neutralization of restless thoughts) is attained by the continuous practice of meditation and by keeping the attention fixed at the point between the eyebrows. In this state of calmness, man witnesses the thoughts and emotions and their workings without being disturbed at all, reflecting in his consciousness only the unchangeable image of Spirit.

He is a supreme yogi who regards with equal-mindedness all men—patrons, friends, enemies, strangers, mediators, hateful beings, relatives, the virtuous and the ungodly.
—The Bhagavad Gita VI:9 (SC)

The exalted yogi, however, does not treat gold and earth, saint and sinner, with impartial indifference! He wisely recognizes their dramatic differences on the mundane plane as perceived by other material beings. Even though all beings and objects in the cosmos are made of the divine light and the shadows of delusion, the yogi recognizes relative values. He endorses the activities of the virtuous who serve as harbingers of good to their fellowmen, and he denounces the activities of the evil who harm themselves and others. (SC)