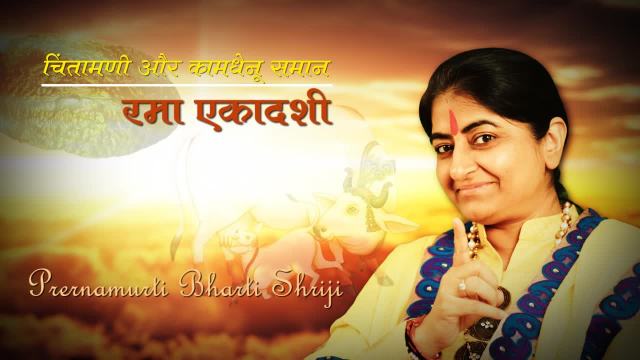 Nobody shall have meals…

One devotee to Sh. Sh. Bharti Shriji:  Prabhuji!  what is this? We request you to please explain it in detail.

The same is being proclaimed here.

Looking at this, Shobhan became speechless.

Why is this happening? And what is this?

He asked his wife, “Chandrabhaga, what is this”?

In your father’s kingdom, why is it being proclaimed that today is Dashami and tomorrow is ekadashi!

Then Muchukund’s daughter Chandrabhaga told her husband  – “In my father’s kingdom, even animals and birds abstain from eating food and drinking water on the day of Ekadashi,  then what to say about humans ….!!

Shobhan says – Oh dear, you are right. Whatever you will say, I will do that only”.

He observed fast , but people who are not used to observe fast keep on thinking that – Today is my fast and I can’t  tolerate the hunger…!!

But Shobhan was fasting for the first time ever.

Lord Krishna told Yudhisthira – Do you know what happened by observing fast of Rama ekadashi?